Has the recent Olympic spotlight on sport climbing sparked curiosity about climbing terms, lingo, slang, and jargon? Are you aware of how the use of language influences your climbing and other behavior? Feed your curiosity with this brief discussion about language and the shaping of the climbing vernacular. Novitiates, and even old-timers, can heighten their experience and appreciation.

Language development, adoption, and evolution is fascinating. Looking at the climbing vernacular is a good example. To know the origin of all the words that are used in climbing would be near impossible. Requiring several degrees: anthropology, philosophy, etymology, linguistics, and sociology of slang words. Not your average Joe Climber (though Matt Samet via “Climbing Dictionary” has taken a dang good stab”).

Also, dictionaries are not timeless. They are living, breathing, changing, resources that evolve with the use of slang and jargon. Words are derived through onomatopoeia, extended meaning, compound words, root + affix, changing spelling, people’s names, truncating words, portmanteau words, foreign words, acronyms, and invented words. There are examples of each of these lingo creation points inside the climbing world.
Climbing word derivative examples: 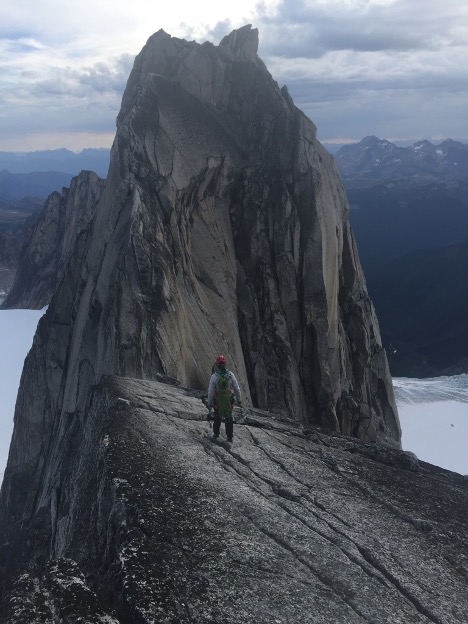 Climbing and its subculture are rich and complex–albeit relatively young. Its unique way of describing its world can leave beginners feeling like foreigners. Newcomers tend to adopt the vernacular of the new subculture without learning its history, original intent, and use; thus, much gets lost in “translation”. The technical aspects of climbing are intimidating enough, knowing some basics–the difference between belay and beta, crimp and crux, undercling and sidepulls, and that Gaston, is not the dude from “Beauty and the Beast”–goes a long way to making the experience more welcoming and fun.

Similarly, subculture vernacular, much like regional word usage, tends to create new meanings, like dialects. Further, today’s information rich, technologically connected environment has radically increased the spread and adoption of language. Just in the past 50 years, much of the originally adopted and created climbing language has evolved from its origin. An intriguingly rich history of a word’s formation not only gives it staying power, knowing that “story” builds identity and belonging. Belay is a great example.

Moreover, etymology is a theory and there are always missing bits of information about how a word comes to be. Words evolve from informal language with widespread usage (slang) and language peculiar to a profession, trade, or group (jargon). Sometimes the “first use story” perpetuated from a subculture is more powerful than the true etymological history of the word. Take Beta for example from Matt Samet’s Climbing Dictionary:

“Origin: The late Shawangunks and Texas climber Jack Mileski, known for his colorful neologisms Mileski coined the term at the Gunks in 1981 when films were offered for home viewing in both VHS and Betamax formats. “Let me run the ‘Betamax tape’ for you Mileski once told Mike Freeman, describing the 5.12 Kansas City and then added “So, Mike, here’s the beta!””

This story is way cooler than looking back at the root of beta in history. While looking at these linguistic aspects, one should not ignore how language influences thought and behavior. 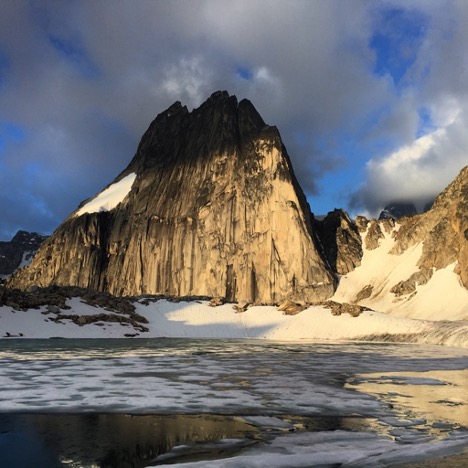 Words, their use, and meanings (languaging) within a culture influence thinking and behaviors. The words we use have power. Languaging in the outdoor industry (esp in colonial USA) connotes domination and aggression; showing seemingly apparent control over the mountain, rock, environment etc. Climbing is guilty of defaulting to this languaging.

Interestingly, the language one adopts does not grow only out of experience but from the default language. Presently, climbing’s default language (deficient) lacks alternate ways to describe the adrenaline and endorphin filled moments.

My personal experience and that of many of my climbing partners is that when we try to muscle through and conquer an experience there is failure, flailing, or ending up exhausted. It sets up the energy of unhealthy competition (with self, others, or the mountain) and eventually defeat. On the contrary, when I lean into nature and meet the mountain–even personifying the mountain and giving it spirit–it helps with the “flow” state of climbing, the ease of the day, and overall success rate.

In episode 161 of The Dirtbag Diaries: Sacred Slopes, Len Necefer shows a native viewpoint of the language we use in the outdoor recreation world. I appreciate how this podcast highlights an alternative approach to the language of recreating and staying in the right relationship with the land they are recreating on. What is your experience in the mountains? Do you conquer the day? Or look for the flow state of the climb?

Climbing will continue to draw people and will gain many newcomers with its current spotlight. Awareness of the climbing vernacular will help us all welcome our new friends and help them find themselves in our small little world. More importantly, tuning into the “default language” and learning alternate approaches will likewise lead to progress and a more JEDI centered community. Perhaps these quotes from climbers through the ages can remind us of the essence of climbing, through the art of language.

Nicole Brandt is the owner of Cypress Roots Consulting and she loves helping each climbing gym client create sustainable, systemic change through project management and program organization. Having previously worked as the Program Director for Momentum Indoor Climbing she had a front-row seat to the evolution of the climbing industry in recent years. She has been an educator, facilitator, and guide in the Southeast and across the West with several outdoor companies influencing her journey including Black Diamond, The North Face, Backcountry.com, Rock Creek Outfitters, The Front Climbing Gym, and more. When not working in the climbing industry, you can find Nicole digging into the world of herbalism, yoga, skiing, or exploring bikes.